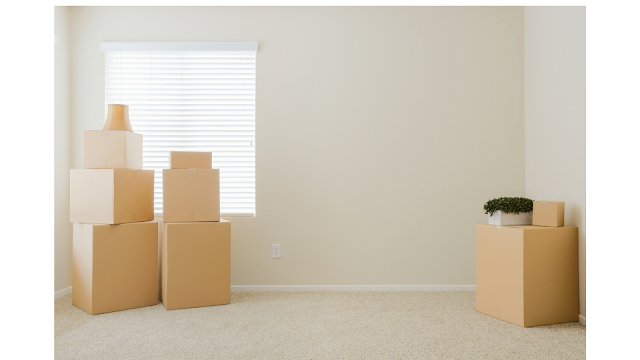 Many people think hard for months or years about splitting from a spouse before actually doing so. They weigh the emotional pros and personal cons of the split. How it might affect their children. How it might affect the family financially. But they often don’t speak to a lawyer prior to the split.
I get that. I understand that you might not know it's going to happen until it happens. That you’ve got things on your mind. And frankly, advance legal advice won’t always prevent all the difficulties that might flow from a split with your significant other.
But prior to your split there are a few things that you should attempt to check off on your legal to do list, that will make your legal life a whole lot easier after the fact if you're able to figure them out in advance. These things can become a whole lot more difficult to resolve after a split, depending on what you’ve been able to already accomplish.

1. PULL TOGETHER ALL YOUR DOCUMENTS

Lawyers (and courts) love paper. That's in part because people (unfortunately) lie all the time about things, or at least are hazy on past details, while documents usually can be trusted.
Sure, people occasionally forge documents, but in my 23 years of lawyering, I’ve found it to be pretty rare. So if you’re going to need to prove certain things about your family and finances after your split, documents are the best way to do that.
After the split, you might lose access to documents, which is why you should gather together what you can before any change. Of course if you’re not the one initiating the split, you might be playing catch up, but just because your spouse has told you about a split doesn’t mean that your lives have necessarily significantly diverged yet. That might come in the following days or weeks. So act now on the documents, before it becomes difficult.
You need to gather documents primarily from four areas of your life:
Electronic or paper copies are fine. You don’t need originals, photocopies are fine (though originals are nice to have). Having these documents in hand will make both your and your lawyer’s life a lot easier (and less expensive) in the future.

2. FIGURE OUT WHERE YOU ARE GOING TO LIVE

In the good old days, which really weren’t so good, one party would move out, and that would be that. Now, couples conduct wars of attrition, with each spouse remaining in the family home as long as possible so as to not lose possession of it. It's true that if you move out, your spouse might change the locks on you, and it will be difficult to get back in short of having a court order.
The key to determine here is do you want to keep the house, would your spouse want it, or would you both need to sell and find a new place? Secondly, what would each of you do in the interim for accommodation?
I know you might not come to any firm conclusions about where to live prior to the official split, but since the family home is for many couples their primary asset, it’s important to start working out these details.

3. FIGURE OUT LOGISTICAL ARRANGEMENTS FOR CHILDREN

The default is now shared custody. Even if that isn’t the end result of your family change, you’ll still need to determine what you believe to be in the children’s best interests in the short term concerning school, care, and housing. While finalizing children’s interim arrangements might take some negotiation with your spouse, you should figure out your position in advance.

4. FIGURE OUT YOUR SOURCE OF INTERIM INCOME

If you’ve personally got sufficient employment income to keep you and your family supported in the short term, you may not need to worry about this one. But if you don’t, then you’ll need to figure something out. It could be using savings, it could be taking on debt. Whatever it is, it may become more difficult to execute such a plan after a split.
You are not well advised to strip all family assets, as that won’t play out well before a court who will later make a ruling on your case. But you still need an interim financial game plan.
The reason these four factors are so important to figure out in advance of a split, if possible, is to avoid having to rush to court to deal with interim issues. I always advise my clients that family lawyers are a bargain if a settlement agreement can be kept out of court, but as soon as court proceedings commence resources start to be depleted due to all the legal pleading drafting, letter writing, and court appearance time that is required.
If you've secured and figured documentary disclosure, accommodation, arrangements for children, and interim support all in advance of a split, then it's unlikely you'll need to rush to court to demand help with any of those items. But if accommodation, children and support all remain uncertain points of great contention, then court might be your only option - which is where at least having a treasure trove of documents will serve you and your lawyer well.

If you'd like to learn more, go to: www.nofearfamilylaw.com.

Posted by Gordon Scott Campbell at 14:32